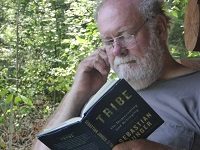 ​The Four Gateways course has been in development for over seven years and represents the intense work of Bob Jones. Bob was a computer software developer for over 50 years. In the intervening years he developed many sophisticated software programs including the first commercially available  system that displayed and managed windows on the IBM PC in 1983 and HomeBase, PC Magazine’s product of the year in 1985. He was recruited by Tandem Computers in 1978 where he wrote a compiler and by Microsoft Corporation in 1990 where he helped launch Microsoft’s corporate consulting services. He traveled around the world in the 1990’s teaching about emerging technologies to organizations like Intel, KPMG, Fleet Bank, IBM and the US Army.

In spite of these accomplishments, he found something missing. After departing from Microsoft, he noticed a pattern in all of the challenges he had faced in his life staring back at him whenever he looked in the mirror.